Blake: Blake and Becca’s date was so cute. He was perfect for the date because he sort of let Becca take the lead as she went smashing away at all of her and Arie’s memories. Blake is such a sweetheart, and I just like how genuine he seems.

Jean: Jean got the rose and deservedly so as he stayed out of the drama and made a quick connection with Becca.

Garrett: Garrett got the first impression rose, and I’ll get into the social media controversy surrounding him later, but just looking at his appearance on the show alone, he seems quirky and I loved his minivan entrance. It was original and fun.

Colton: Colton dated Tia, who was supposed to be the bachelorette before Becca and Arie broke up. So it looks pretty shady, and from the way he worded his relationship with Tia, he was super vague about the timeline so there’s some major red flags there, but it makes for some interesting drama.

Christon: Christon is very smooth with his basketball game gimmick and I’ll peg him as my dark horse for now.

David the Chicken: The chicken is actually a contender. He is very handsome, but I hope he doesn’t get caught up in drama with Jordan because it just makes him look petty.

Joe the Grocery Guy: Nothing makes me happier than knowing Joe has a huge social media following considering he left night one. He has more Instagram followers than most of the current contestants. Justice for Joe will probably come because he seems like a lock for Paradise.

Jordan: Jordan is so funny. He has the best one liners and he doesn’t bother me at all. If I were a contestant in the house, I would probably be more amused than annoyed by his antics.

What a mess of an episode. It was a little frustrating that it’s only episode two, and it’s already the Corinne show. It took away from the other girls, and while I usually love the drama, it was overkill. The Liz drama was way more interesting, especially with Christen knowing everything.

Raven: I really liked Raven’s one on one time with Nick. It felt genuine, and I liked how easygoing their conversation was about their past relationships. She definitely might be a dark horse.

Vanessa and Rachel: Vanessa and Rachel were people that had zero screen time, but I thought were going to make it far. Vanessa calling out Nick next week will be amazing, and I think Nick will respect her for asking that in the first place. After all, his actions with Corinne were questionable.

Corrine: Corrine was so exhausting after this episode. She was such a trainwreck with all her insecurities bleeding everywhere in two hours. I honestly felt bad for her that she felt like she had to intervene so many times to talk to Nick. I’ll defend Nick a little bit in this episode because I do think he was encouraged by the producers to give her the rose. If it were Ben, they’d encourage him to give it to whoever he wants because Ben is known for being the “perfect guy.” But Nick has a little more edge to him, and they probably know it’s going to ruffle feathers.

Danielle: Danielle is a sweetheart. You heard all the other girls being happy for Danielle for getting the first date. She’s a little soft-spoken for Nick, but I won’t rule her out for that simple fact. She’s a strong woman for sure with her backstory, and I can see her making it pretty far.

The other day, I was in H&M and recognized the shirt Kaitlyn Bristowe wore on The Bachelor last season. It’s $17.95 and you can get it online or in stores! She was so funny on the show, but her clothes were also so fun and edgy!

She also tweeted out two of her Marciano dresses during the season. They’re both gorgeous! 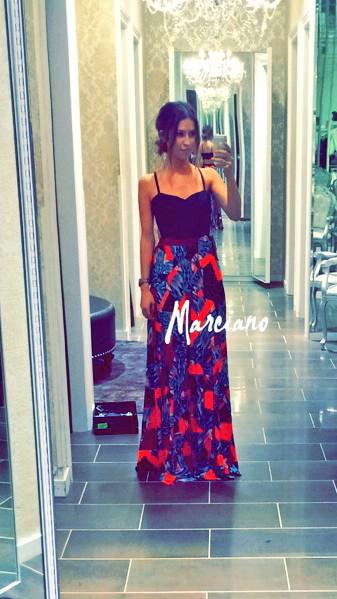 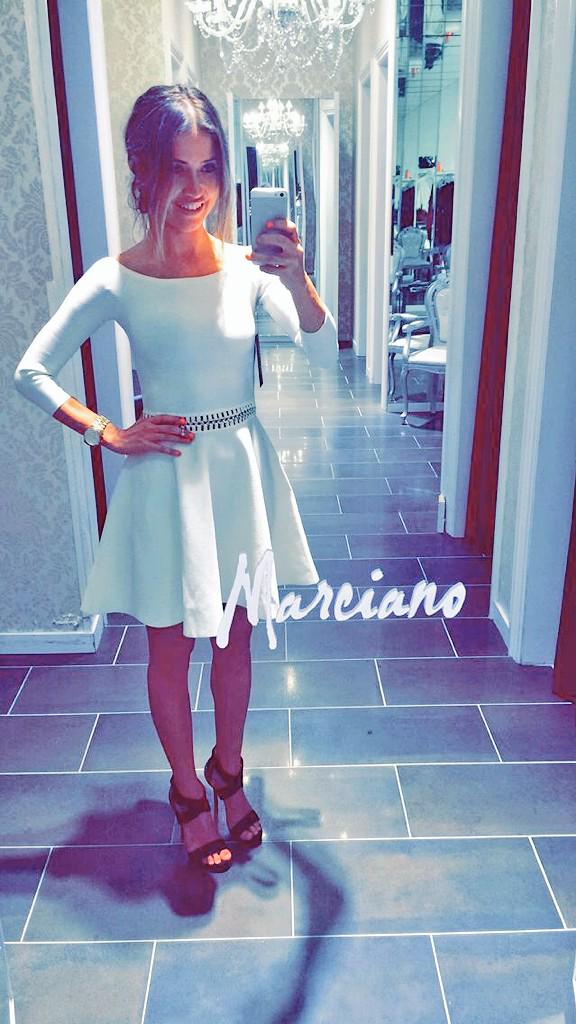 I’ve also heard spoilers that they’ve chosen their lead, so if you want to know if it’s Britt or Kaitlyn, it’s in the link below!