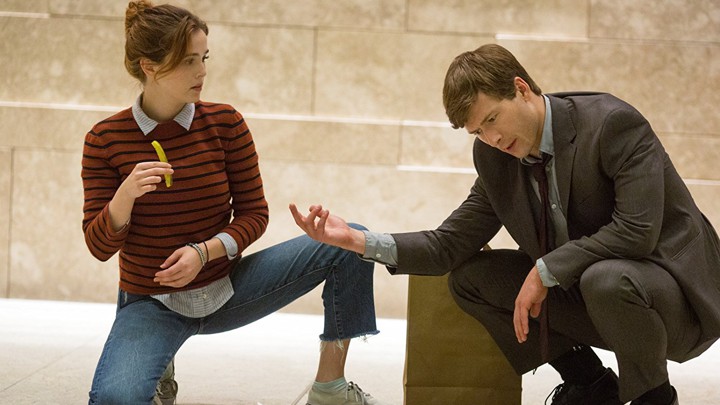 “Set It Up” is a modern romantic comedy starring Glenn Powell and Zoey Deutch who both work for demanding bosses and decide to set them up to alleviate their hectic schedules. When I say modern, I really see it being one of the best romantic comedies in a long long time. And it really surprised me.

When I see Zoey Deutch, I think of Maya who played Zack’s girlfriend in the Suite Life on Deck. She was a badass relatable character then, and she really shines as the quirky but awesome Harper. From seeing her delight over free food and pizza to seeing her kill a game of beer pong with Pete Davidson, she became a great female character to root for. Glenn Powell plays Charlie the 28 year old assistant who thinks he wants to live a life similar to his boss Rick. He has the classic romantic comedy arc, where he messes up, but somehow through grand gestures, fixes everything.

Despite having the predictable format of a class rom com, this film largely benefits from a likeable cast. But it also has characters that have great dialogue that sort of poke fun at the stereotypical romantic comedy lines. One of my favorite scenes took place in a ring shop, where Harper leaves dramatically only for the alarms to go off and the store clerk making an awkwardly funny scene even more funny. Additionally, the “will they or won’t they” gag isn’t completely played out. You know it’s coming, but the journey to get there isn’t frustrating through unnecessary miscommunication. It’s through their own insecurities, which both characters eventually face.

The supporting characters are great as well. Taye Diggs and Lucy Liu play hilarious bosses as they change their mind and make rash decisions as a typical no nonsense boss should. Pete Davidson makes an endearing performance as Charlie’s roommate and the actress who plays Harper’s was really awesome too as she delivered a sentiment about loving someone despite their differences. The ending is super cute and it might be predictable, but it works in its simplicity.

All in all, this movie is truly a New York City romance. It’s actually funny too. The jokes made me laugh every now and then, and I think we’ve been missing the string of classic romantic comedies. Go watch “Set It Up” on Netflix because it’s a gem of a movie, and it’s a feel good one at that.