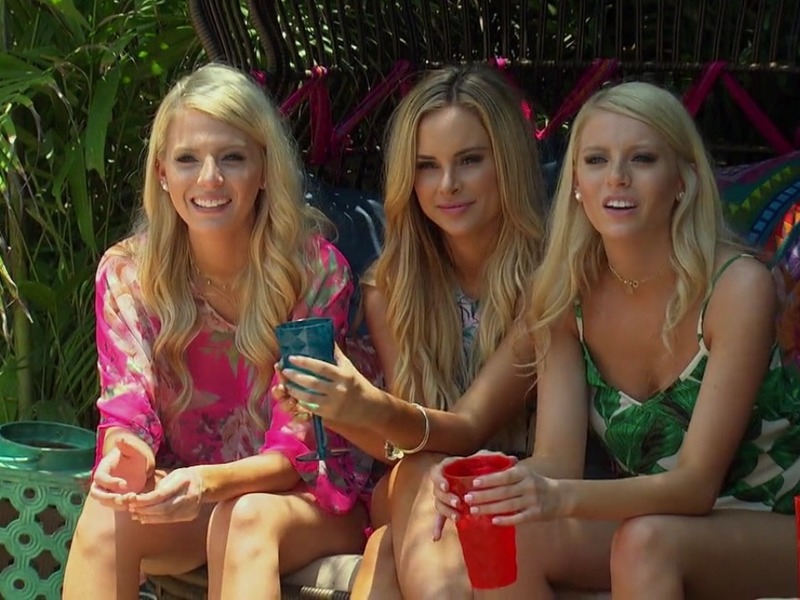 Here’s my review on each of the pairings on the show so far.

Amanda/Josh/Nick/Leah: Amanda and Nick had a great date that completely overshadowed Leah and Nick’s date. I think it was pretty stand up for Nick to tell Leah she wasn’t getting a rose from him. Then Josh walks in and he was so obnoxious and self-righteous. If he’s trying to prove that Andi’s book was all filled with lies, it’s not working. I love Amanda, but she ghosted Nick, which is never cool to do. Honestly, this whole plot made me want to read Andi’s book. XD

Daniel and Sarah: Okay, so Sarah and Daniel are actually kind of cute, right? What he said to her at the rose ceremony was so sweet, and I loved the little date he set up for her. Daniel is hilarious and ridiculous, so it leaves Sarah intrigued to explore that relationship rather than Christian.

Evan and Carly: Poor Carly. Evan is the only person who in interested in her, and she seems interested until they kiss. Her commentary is super funny, but I do feel bad for Evan. When I don’t feel bad for Evan is when he goes for Amanda. She’s sucking face with Josh, and he thinks he’s going to swoop in.

Emily and Jared: I hate how the show treats the twins. I’m going to keep mentioning it because it drives me nuts that the show keeps objectifying those two. They’re both individuals and they have their own personality. I love Emily. She’s got a great personality and she’s hilarious.  The scene where they kiss was cute, and I really liked drunk Emily too.

Izzy and Vinny: Not sure what happened with the Sarah stuff, but these two were rock solid in the last episode.

Lace and Grant: I like how Grant went over and told Lace he’d give her a chance after the Chad debacle. They also seem rock solid.

Haley and Brandon: Brandon seems so boring, and Carly seemed to be interested, but he opts for Haley. Emily and Haley switch places, and it makes for great television.

Fashion: So I found this website called Pradux, and it had tons of fashion from BIP’s last episode. I loved a lot of the dresses from the girls, so here are my thoughts. Here’s the link to tons of more fashion: http://www.pradux.com/tv/bachelor-in-paradise